On a recent vegan camping trip with friends our friends brought along a can of Worthington Loma Linda Big Franks. They are veggie dogs that are sold in a can. I had tasted them before at a vegan hot dog cart, but have never had them otherwise. That night they were used to make vegan corn dogs (on a campfire, which were great). The next day on our way home I also stopped to pick up a can to take home.

Here are a couple of pictures of them being used for the vegan corn dogs while camping, on a bun the next day, and the can so you can see what they look like: 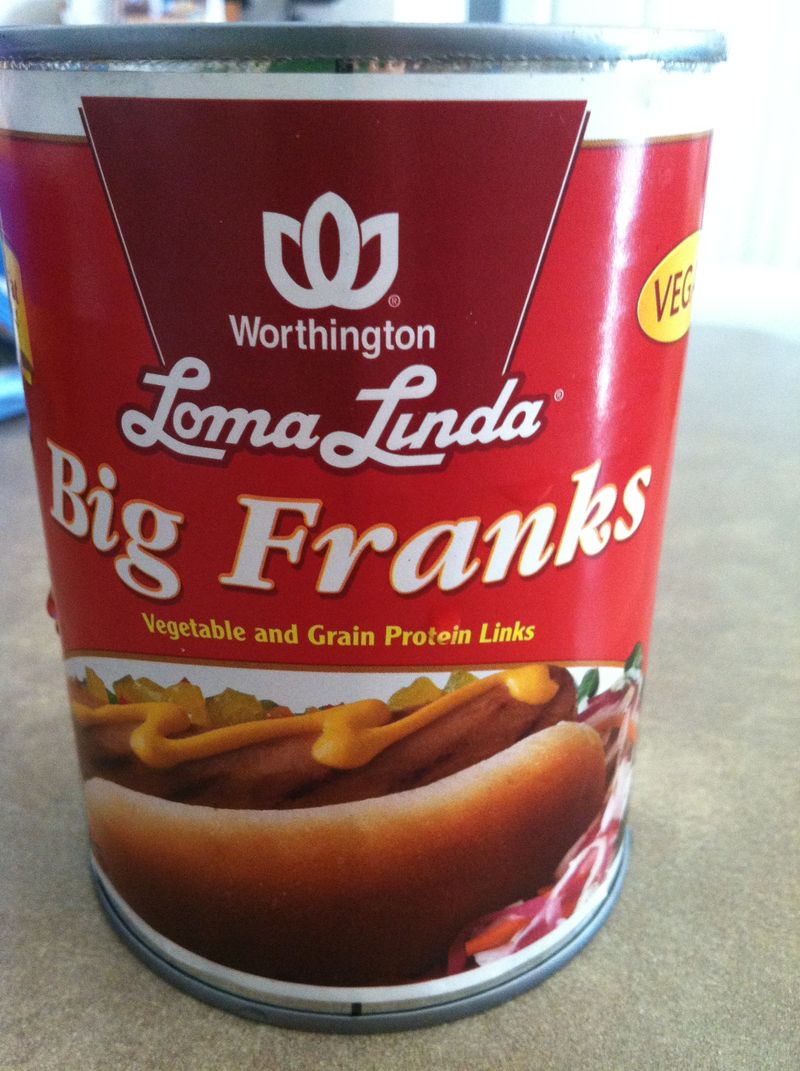 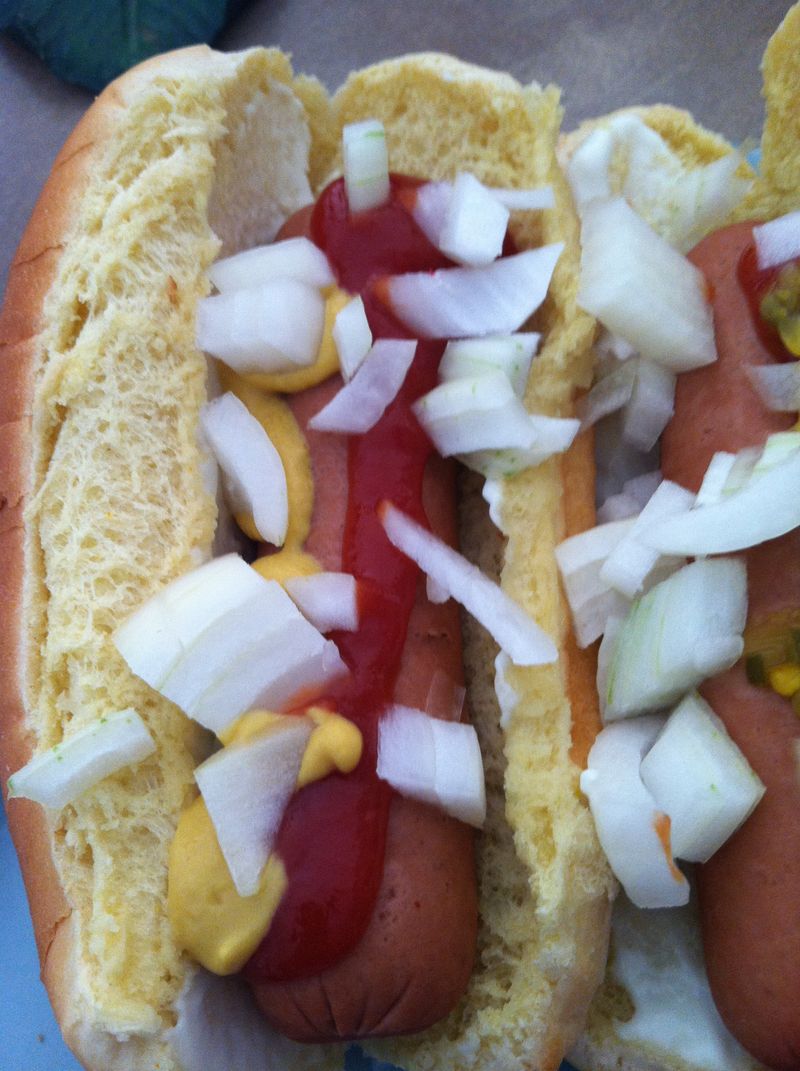 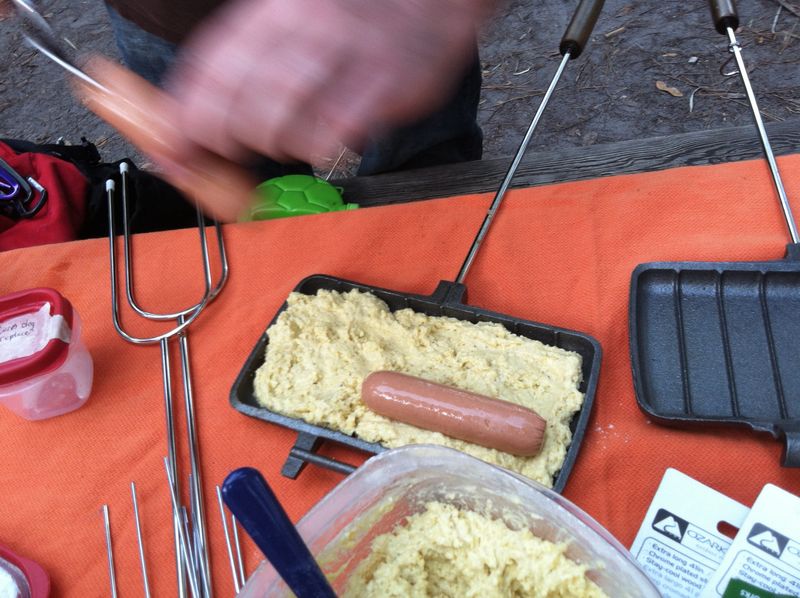 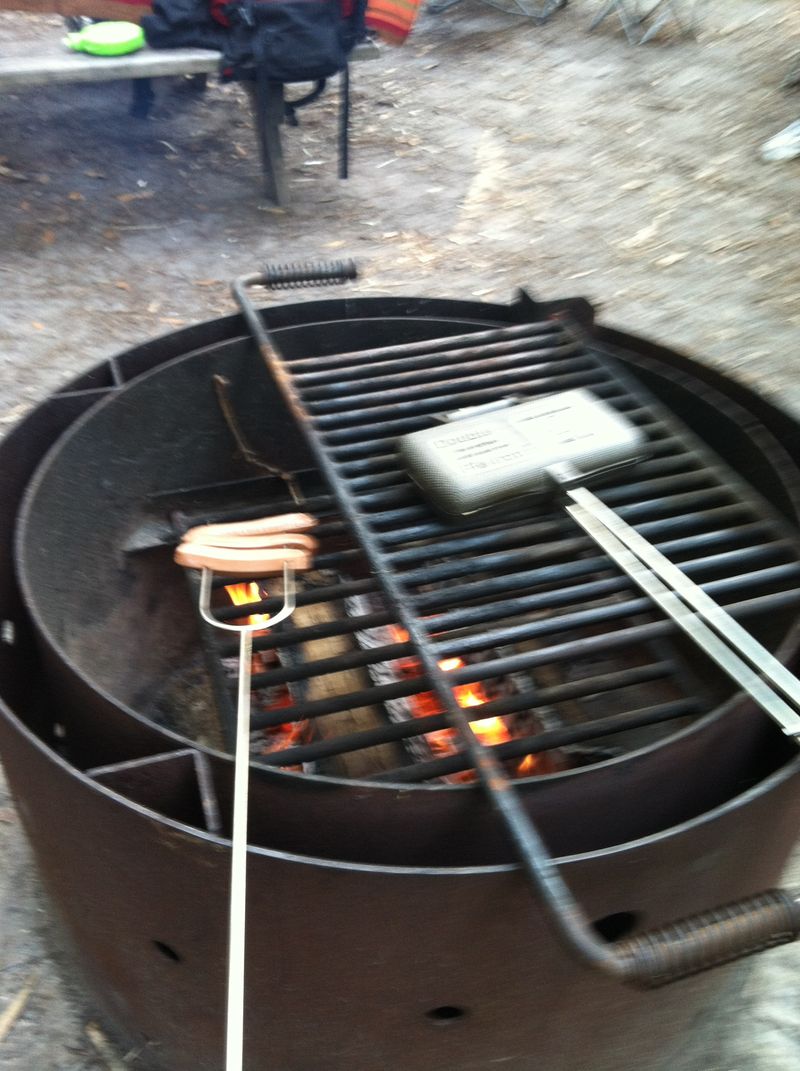 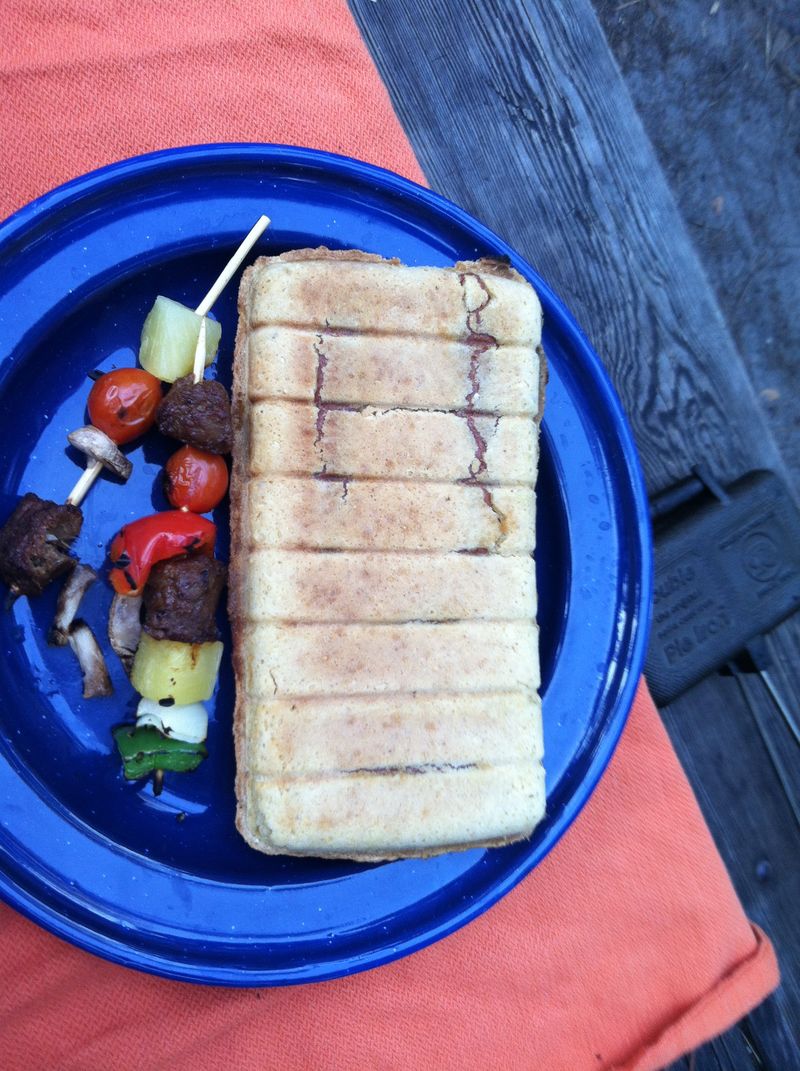 (pictured above: gardein skewers, and the vegan corn dogs before being cut into individual pieces - both were wonderful)

Wow, I haven't tried, nor even seen, these yet! Very interesting. The only "franks" in a can I know of are Vienna Sausages..shudder...I'm sure these don't taste anything like those nasty things. I've yet to find a veggie dog my family likes, perhaps I'll give these a shot. :)

There are others that we like as well, but these were good, too!