Starbucks Charging for Soy Milk - the battle has begun!

Starbucks recently announced that they were going to charge for soy milk for their drinks. From here on 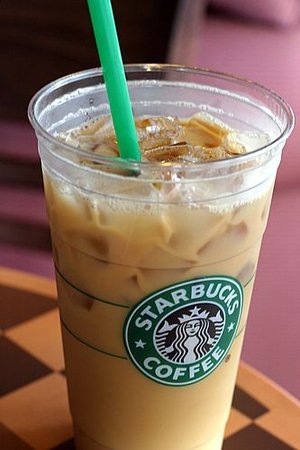 out all drinks will come with cow milk and if you don't want that bodily secretion in your drink you will penalized and have to pay up more money for an already expensive drink. Not a smart move on Starbucks part, in my opinion.

This makes me wonder what their motives are for the change. Either a) they are really greedy, or b) they were bribed by the dairy industry. Neither of which are good reasons.

From what is being reported here, the upgrade (and let's face it, going from cow milk to soy milk is an upgrade) only costs the company 2.5 cents. Yet they plan to charge you $.40 and up. I've been to Starbucks this year that charged me $.60 to give me soy milk, because they said they didn't give gold card perks at their location (typically with the gold card you get the soy milk free).

Why is this a bad move for Starbucks? Many reasons, including:

For all of these reasons (and I'm sure there are more), Starbucks is making a poor choice in charging everyone for soy milk. When you order a drink at Starbucks you should be able to have the choice if you want cow milk or soy milk, and not be penalized for choosing soy. As you can see, there are a lot of good reasons to choose the soy milk over the cow milk!

I urge you to contact the customer service department at Starbucks and complain, as well as spread the news to others. You can contact them here. Also, sign the Change.org petition for this here. Finally, if they won't change their position, I urge you to reconsider how often you purchase a Starbucks, especially considering their stance on you opting for a milk that is healthier, as well as more ethical and eco-friendly!