For the last couple of years my son has had birthday parties. Prior to that we just celebrated in our home with our immediate family. The parties have always been completely vegan. Until this year. This year there was one thing at the party that was not vegan - the birthday cake. Why? Because I can't make a decent vegan cake for anything. I've tried making them and no recipe comes out good enough to actually serve to people with a straight face. Furthermore, I've purchased a professional made cake, spending three times on it what a non-vegan cake costs in the store, and nobody wanted to eat because it didn't taste good.

So this year I planned for all the food to be vegan, with the exception of the cake. I let him pick out a cake at the grocery store, placed the order, and planned the rest of the food. About two weeks before the party I met a vegan woman who I was telling this to and she offered to bring some vegan cupcakes. I was thrilled, but still kept the order for the birthday cake, because I had just met her and didn't know what the outcome would be in all this.

Party day came... we had lots of great vegan food, our non-vegan birthday cake, and the vegan lady brought her vegan cupcakes. The cupcakes were divine! I have no idea how she could make vegan cupcakes that were so good, but they were great! Don't get me wrong, I've had good vegan cupcakes while in Orlando, but didn't want to attempt driving them home an hour to my house in 90-100 degree summer heat.

All in all it was a wonderful birthday party. There was non-vegan cake for those who wanted it, but we also had vegan cupcakes (pictured). Next year I may be able to skip the non-vegan cake and hit her up for some more of those great vegan cupcakes. Then I can get back to a 100 percent vegan birthday, rather than a 80 percent vegan birthday party!

Here's a list of vegan food I put on the food table at the party:

I put this post and list together just in case you are someone reading this who is trying to figure out what to serve at a birthday party. This might give you some ideas.

Here are a couple of pictures from the birthday party (my son is in the last picture): 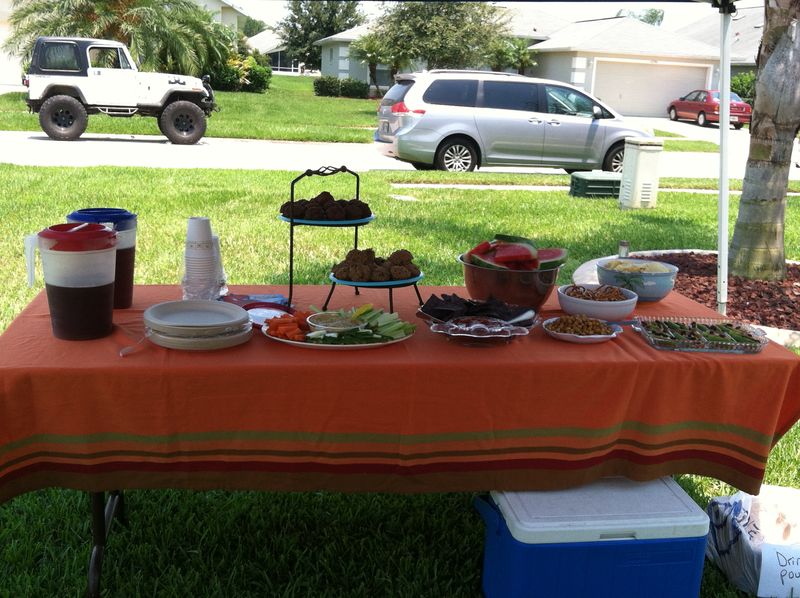 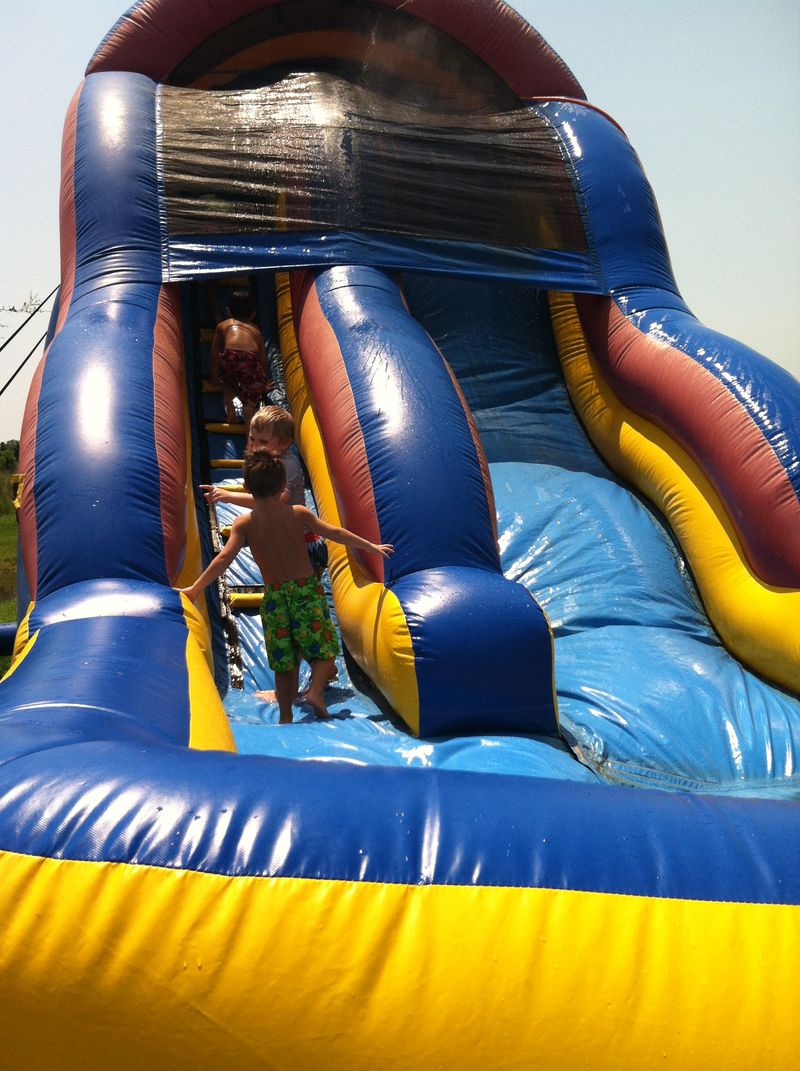 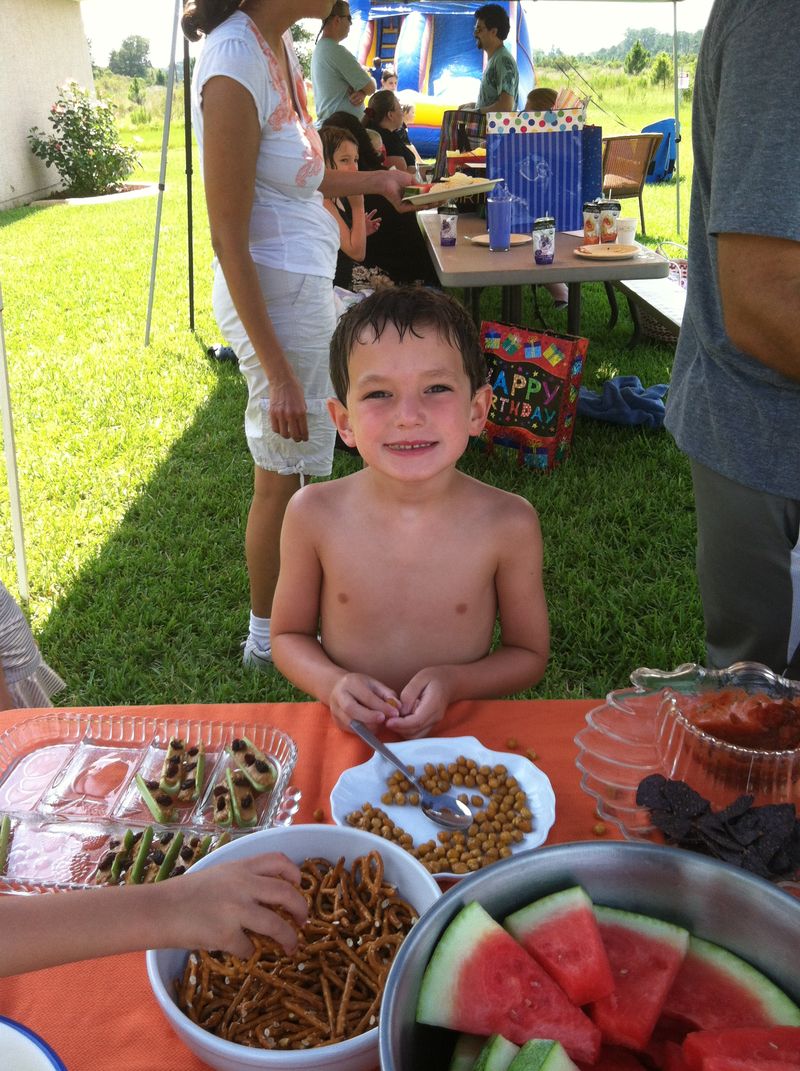 Awesome spread!
I agree about store-brought/bakery vegan cakes being horrible. I've also had better luck with cupcakes (for whatever reason).
I want to get on that water slide lol Looks like a great time was had by all.
:-)

I love the cupcakes in Vegan Cupcakes Take Over the World. The vanilla agave ones are my go-to for kids' parties - they're my absolute favorite!

Thanks for the book recommendation, Jessica. I have seen that book before but didn't know if it would be worth the purchase. I will have to give it a shot!