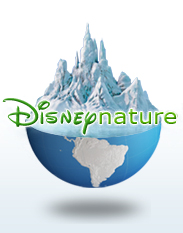 The good news is that I thought they had some really good chimpanzee footage and you can't help but to fall in love with Oscar (the baby). He's adorable and captures your heart. My kids loved him as well and got many laughs out of his antics.

The bad news is that I think the movie was poorly done and could have been so much better. They "Hollywood-ized" the movie too much by turning it into an overly dramatic action flick, which included pathetic narration done by Tim Allen. I can see saying that the different groups of chimps clash and fight. Showing it once will suffice. But I felt like half of the movie was a continous build-up of clashing "gangs." It made the movie seem depressing and somewhat staged for Hollywood effect.

And back to the pathetic Tim Allen narration. First off, his voice is completely wrong for such a narration. Second, they gave him unfitting lines to say that made it even more painful to listen to. They would spend too much time hypping "Scar's" gang moving in on the other one. It reminded me of a poorly done action flick that includes boring overly dramatic chase scenes (and more than one of the same thing!). That, added to cheesy music and I was left shifting in my seat and rolling my eyes a lot.

Another thing that really bothered me is that while the credits were rolling (after the theater was half cleared out) they put on the screen about thow the number of chimps in the world have declined over the years. But that's all they said. You would think that during the movie, before half the audience had left, they would have let people know about the decimation of the chimpanzee population, and that they would have said why they are declining (which is because of humans eating them and destroying their habitat). But they said nothing as to the reason why, which was really unfortunate and I think irresponsible on their part.

The bottom line is that DisneyNature is losing what it is that they were when they first started. All the drama and silly narration is, well, too much Hollywood and quite frankly, not enough nature.

Last year I took my kids to see the Jane Goodall movie called Wild Chimpanzee's. It played at the Orlando Science Center in the Cinedome (read my review). That movie was excellent! That movie was not Hollywood, it was nature. If you can, opt for seeing Jane Goodall's Wild Champanzee's movie. You can learn more about it here. Check with a Science Center in your area that has a Cinedome, to see when they might show it. Unlike DisneyNature's Chimpanzee, when you see Jane Goodall's Wild Chimpanzee, you will not be disappointed!