My 7-year-old daughter likes the Monster High themed dolls. I probably would have at her age as well! 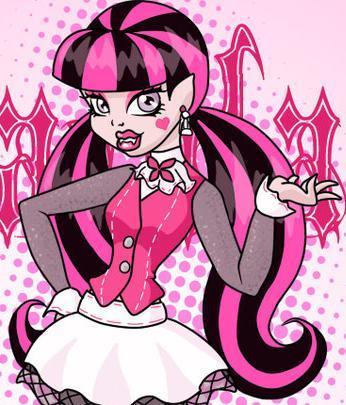 Anyway, she had a couple of the dolls and wanted more. I personally don't know the difference in any of them, but I decided to get her one for Christmas.

The one I picked out is called Draculaura. I chose her because she is pink and that is my daughter's favorite color. She opened up the gift and loved it! Score!

We were both thrilled to see that, and she keeps talking about it for the last couple of days. If you have a vegetarian or vegan child, or you plan to buy a Monster High doll for one, you may want to consider the Draculaura, who is a vegan!

While it's a bummer that the Draculaura bio says she eats lots of iron supplements with her fruits and veggies, it also says biggest pet peeve is the lack of vegan selections in the cafeteria (hey, we can educate her on ways to get iron-rich vegan foods, after all).

Two thumbs up for Monster High including a vegan student in their collection!