An open letter to American-style restaurants

Over the 2011 holiday season my family and I traveled to another state to visit people. We spent two 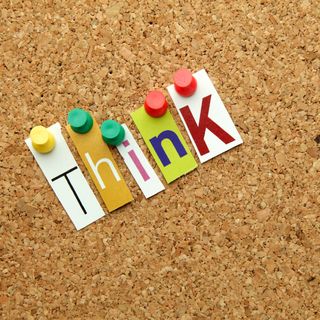 weeks on the road traveling. That means we ate out at a lot of restaurants during that period. You may realize this, but what you don’t realize is that others (those we visited) often ate out with us. Let me explain to you why you should care…

We are vegetarian family, who would actually usually prefer to order vegan meals. We are a family of four, so there’s four meals right there each time we dine out. When others dined with us there were another two people at times and another seven people at others. One night we dined out for a birthday celebration and there were 16 of us (and the person making the arrangements chose the restaurant they did, East Side Mario’s, because it offered some vegetarian food options).

None of those we dined with were vegetarians, as we are. But you know what? The vegetarians are the deciding factor on where to eat when we all dine out. And if you don’t have some decent vegetarian (preferably vegan) options on your menu, you lose!

Case in point – yesterday we four were going to eat lunch out with two others who are not vegetarian. Because we are vegetarian they gave us the call on where we at (which almost always happens). We suggested Village Inn, because we had eaten a veggie burger there before. Oops, ran in to check their menu and they had taken it off the menu, thus losing six meals as we headed on to the next restaurant. The next restaurant was Applebee’s. We used to eat there many years ago, when we lived in Las Vegas, because they had a veggie burger. But once they pulled it from the menu, we stopped going.

I scanned the Applebee’s menu and mentioned to the hostess that I was looking to see what type of vegetarian options there were. Her response was that I could get a salad and ask for no meat (which I’m sure doesn’t come with a discount, even though it saves them money), or I could order a thin crust pizza that is not on the menu, but they would be willing to make. Sorry, not acceptable to us. If I’m going to spend $30 or more dining out I want a decent meal, and a salad minus the meat, or a pizza not on the menu, doesn’t quite cut it. So we left, again taking our six mouths to feed elsewhere.

We settled upon Chili’s, who offers a black bean burger. While there, we discussed how ridiculous it is for restaurants to not offer at least a couple of good vegetarian entrée options. After all, there are a variety of reasons to support this notion, including:

Within the last two weeks my local Subway also told me they stopped carrying the veggie patty. I don’t usually order it (because it’s not vegan), but I know plenty of people who do. The woman working said it was an upper management decision to cut the veggie patty and replace it with crab salad. Crab salad? Seriously? So you took away something the vegetarians eat and gave omnivores one more choice, as if they didn’t have enough? All we have now is a veggie delight option (which is what I buy, take home, and top with Tofurky). But she said that a lot of people were going to be upset, because they had many regular customers who buy the veggie patty. Need I say it…? That was a bad business decision, likely made by someone who wanted to kill the veggie patty, because they personally don’t like it. If someone always buys a veggie patty, they are not likely to switch to crab salad!

What do we vegetarians and vegans want? A couple of good entrees to choose from. It’s that simple. We don’t want to order a meat-laden dish and ask that you leave the meat off. If you offer that as an option, add it to the menu and price it accordingly. We don’t want salads to be the only thing you offer as your vegetarian option, either. After all, we like to eat just as much as the next person. Nor do we want your vegetarian entrees to just be all cheese-based. Come on, use a little creativity. You’re a restaurant and your cooks and chefs will likely relish the challenge to come up with a tasty vegetarian and/or vegan dishes.

Today we start a new year and I urge you to consider offering some tasty plant-based entrees to your menu. Whether you like to eat them or not (because I know sometimes these decisions are based more on corporate suits, rather than on customer requests), think about what the customers want. Plant-based foods are filling store aisles today and people are choosing vegetarian and vegan meals left and right.

Get in on the action by offering some good options for us, and your restaurant will be rewarded. Our large party may not pass up your restaurant the next time. Maybe we’ll come in, dine, chat, pay, and share our experience with others. In other words, stop leaving money on the table!

Oh, and you may be wondering why this letter is addressed to “American” restaurants, rather than all restaurants. That’s because as a vegetarian restaurant I know that I can walk into just about any ethnic restaurant in the country and get some vegetarian or vegan food. You name it, whether it’s Indian, Chinese, Mexican, Ethiopian, Thai, or something else, there are usually good vegetarian options readily available on the menu. It’s the more American-type restaurants that struggle to think outside the meat!