Hiding Vegetables? Stop! Get them out in the open already! 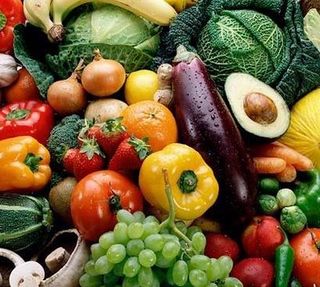 to get kids to eat them. There are entire cookbooks dedicated to showing you ways to hide veggies in your kids foods, so they will actually eat them. There are magazine articles, videos, and more. You name it, someone will show you how to hide those veggies!

I say enough is enough already! Vegetables are not the evil disgusting things that these people make them seem like they are, needing to be hidden from view in order to be consumed. I say get them out in the open and never stop introducing your children to them.

Sure, hiding them may give kids the extra nutrients, but it does nothing to psychologically make them realize that they can identify and actually like vegetables. So maybe they grow up getting the nutrients from the "hidden" vegetables, but they never come to associate the fact that they actually like the way they taste. It's yet another "out of sight, out of mind" mentality with our food. And we certainly don't need more of that (there is enough of that with the meat industry)!

My kids (ages 5 and almost 7 at this point) eat all kinds of vegetables. Everything from cucumbers and eggplant to beets and artichokes and spinach and broccoli. Have they wanted to eat everything from the first time I put it on their plates? Not at all. Kids can be a little finicky when it comes to new things. But I always continue to just put a little bit on their plate and never force the issue with them. I encourage them to try at least one bite. Sometimes they do, sometimes they don't. But I've noticed that after continously putting a little on their plate half a dozen times they end up trying it on their own and usually liking it!

In our house, we talk about the importance of vegetables in order to be healthy. We talk about some of the key nutrients in some veggies (e.g., antioxidants, fiber, etc.), so they learn about their food. I wouldn't even think of hiding the vegetables in their food. In our house veggies are displayed loud and proud. No hiding allowed! And I think other families should stop hiding their veggies and get them out into the open. We have kids in this country that can't even identify basic vegetables, perhaps hiding them is a factor in this.

Also, one of the best ways to get kids eating more vegetables is for parents (especially the parent of the same sex) to model such behavior. So if parents eat a lot of veggies out in the open and they talk about how good they are, kids will be more naturally inclined to follow suit and dig in as well!

A good way to get kids interested in veggies is to take them to the farmers market (or produce department) and every week let them pick out a veggie to try. No balking about it, whatever they choose, find a recipe and make it. Even get them to help in the preparation of it. You will see kids become more interested. One time my daughter (when she was four picked out a big bushel of radishes). The only thing I knew to do with them was salads, so I searched around and found a recipe to make baked radish chips in the oven. She loved them!

Stop hiding those veggies, get them out in the open and teach your kids to appreciate their color, texture, taste, and health benefits!