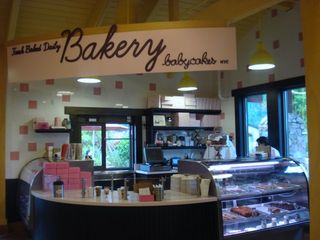 days. I knew ahead of time about Babycakes, a vegan bakery, having opened up a locaction there. I knew late last year that they were opening a location, and although I told others about it, I hadn't been back to Downtown Disney yet to try it. So this time it was the top of my to-do list.

Finding it was a bit of a trick! It doesn't appear on the directory boards and there are no signs anywhere telling you where Babycakes is. I finally had to stop and ask someone working on the grounds. She told me it was located inside Pollo Campera (a chicken restaurant). Strange, I thought, but I headed down there anyway.

The restaurant it is located inside is set up more like a little food court. There is a chicken place, a 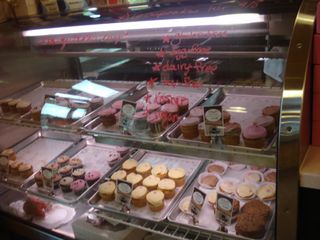 coffee/drink bar, and Babycakes. I was happy to have founded it and right away everything looked good. I think knowing it is all vegan just made it that much more enticing!

The items ranged in price from $1.25 for a brownie bite, to around $3.75 for a cinnammon roll. Most items were right around $3.50. There were many vegan cupcakes and donuts to choose from, as well as other items. We opted for their "deal" of getting 6 mix-or-match donuts or cupcakes for $18. I had a red velvet cupcake and a toasted coconut donut. I know, I probably shouldn't have opted for two items, but come on, it's a vegan bakery! How often do you come across those? So I/we splurged!

The donuts and cupcakes were great! I love that they are more natural, healthier versions of sweet treats. 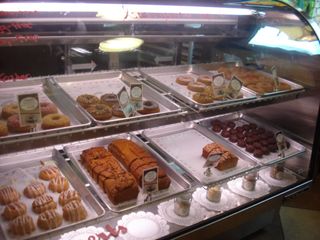 They are sweetened with agave nectar and even the pink coloring on the coconut is made with beet juice. Gluten free, vegan, and delicious!

Expensive? Yes. Especially if you compare half a dozen donuts ($18) there to some non-vegan donut shop. But you pay for quality and it is good! It is also more expensive just because it is Downtown Disney. Everything in Downtown Disney costs more.

If you are going to be in Orlando and visiting Downtown Disney, do look for Babycakes (inside Pollo Campera) and give it a try. You will be glad you did! They also have two other locations, one in New York City and one in Los Angeles.

Two thumbs up for Babycakes! 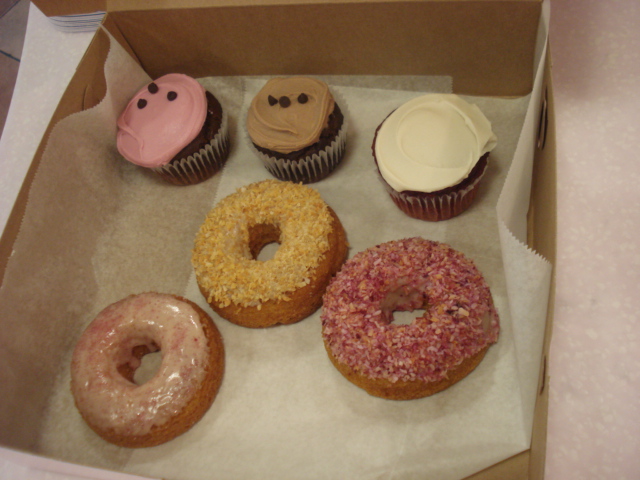 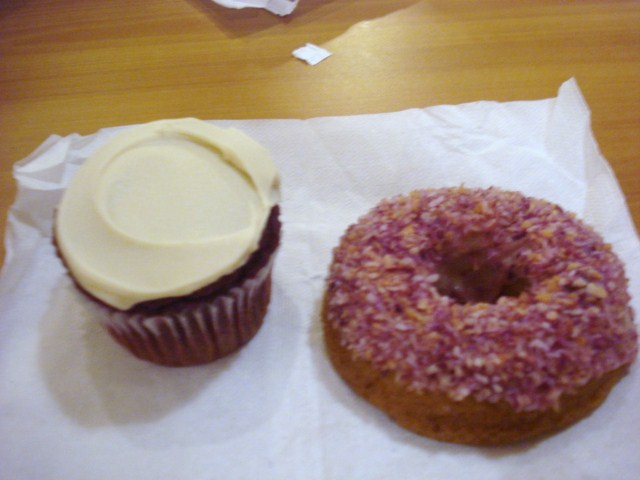 Thank you so much for visiting our bakery, and for sharing your experience with your readers! We are so glad to hear you enjoyed the cupcakes and doughnuts.

So glad you found us, we hope to see you soon!

Thank you for responding! I'm thrilled that you are located there and it will be a stop every time we visit there (we live about an hour away).

Thanks for great vegan treats!
Jacqueline