"If your actions inspire others to dream more, learn more, do more and become more, you are a leader." -- John Quincy Adams

When it comes to leaders in the vegetarian and vegan community there are plenty to go around. We all 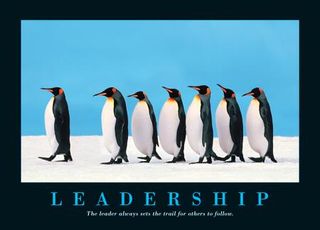 have our favorites, for various reasons and maybe even for no reasons at all. Here is a list of 10 vegetarians/vegans who I admire and why (in particular order):

Gary Yourofsky. As I've stated before, I have heard many people speak on veganism, but I think he is the most compelling and moving. I think Gary does an amazing job of traveling around the country educating people on veganism. If you haven't yet watched his vegan lecture I highly recommend you do.

Leo Babauta. He runs the very popular (and great) blog Zen Habits. It is not a veg blog and has over 220,000 subscribers and Leo is outspoken in his posts about his veganism. It's refreshing to see someone not afraid of losing their platform by including veganism in it. Check out his blog if you haven't already.

Robin Robertson. There is no secret about the fact that she is my favorite veg cookbook author. She continously pumps out great vegan cookbooks, crushing the question vegans get about "what do you eat?" I have put plenty of meals on the table from recipes that orignate from her (including some family favorites). She shows people that there are literally thousands of great vegan recipes (she has one book alone that contains 1,000 of them!).

Gary Francione. Some find him controversial, but I find him consistent with his values. Gary is a sharp guy who calls it like he sees it, often pointing out the problems within the animal rights movement and organizations who say they are out to protect animals. He rocks!

Paul Watson. What is not to love about a man who dedicates so much time to protecting whales? Paul is an awesome champion in the animal rights movement and has put ending whaling on the map. He has a popular animal rights show on television, which is a great feat itself.

Donald Watson. What is it with the Watson name?! Donald created a movement - veganism. Today it is embraced by millions around the world and will only get stronger as time goes on. He was certainly a leader and his legacy lives on.

Zoe Weil. She is awesome! She does so much to educate people on not just animal rights, but on a multitude of other humane education topics. Her work touches many lives, having a ripple effect, and helping to make the world a better place. If only we could multiply her millions of times over!

Bob Barker. He is one activist who has literally been putting his money where his mouth is. He has donated millions to help a wide variety of animal rights issues, including everything from helping to end whaling to stopping pigeon slaughter. He has also funded animal rights education initiatives. What an impressive guy!

Jane Goodall. She has done wonderful work around the world to raise awareness about animals. She has also started the Roots & Shoots group, which helps to educate people on a variety of humane education issues.

T. Colin Campbell. His book "The China Study" started a conversation. A big conversation that seemed to spawn a multitude of great plant-based movies and books. His foundation also continues to educate people on plant-based eating.

This is just a partial list, of course. There are so many great people in the veg movement. But these are the ones that came to my mind that I wanted others to know about (if they don't already). Who are your favorites? Leave a comment and let me know!