As if we don't have enough confusion about what a "vegan" is and what they do and don't eat, famed chef 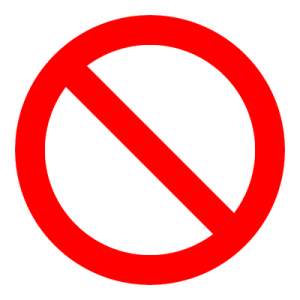 He was featured in an article in the LA Times, which you can see here. Here's a quote from him:

"So many people tell me, 'I could be a vegan if it weren't for bacon,' and I tell them, 'Be a "vegan" who eats bacon,'" Ronnen says with a shrug as he sits in the sun-dappled dining room of his loft in downtown Los Angeles.

"Real militant vegans hate when I say that. But if you are cutting back on the amount of meat that you eat, you're still doing something great for your health, for the planet and for the animal."

So... I guess if you think that being a vegan does not ever include eating bacon, you are then considered to be "militant." Nice. I guess you could also replace "bacon" with any number of things one would not want to give up to actually be a vegan. Such things as hamburgers, steak, lobster, etc. Is it just bacon that gets a pass, or is any meat of choice? In his mind you can be a "vegan" and still include a particular meat item in your diet. Just forget about those "militant vegans" who think that a vegan really doesn't eat any animal products.

Are people doing better by giving up all other meat and just eating bacon? That would depend on how often they are eating it! If it's only once in a while, and they are not eating any other animal products, then I would say yes, they are doing good for their health. And they may be causing less harm to animals, but they are not doing good for the animal that they are eating. Plus, they are causing more confusion about what a vegan is and what they do and don't eat.

When I meet people and they ask me if I still eat bacon, hamburger or some other piece of meat I am surprised that they would even think something like that. But articles like this will keep that question coming, because some do it and others are telling some to do it!

I don't know, I guess I'm one of those "militant vegans" that thinks bacon has no place in a vegan diet. How about you?

I don't know, I'm a vegan and I tend to enjoy a few strips of bacon now and then - soy "bacon"!

I do agree, people shouldn't try to take a term which, for some reason, already generates confusion and muddy it up. Not for some vague elitist reason, but simply for communication reason. If "vegan" means everything, it will soon mean nothing. Kind of like what's happened to "vegetarian". It used to mean no edible animal products now it can mean anything from that to "I ate some tofu on Monday".

I hear this same argument all the time related to stuff like this. "why don't you just eat it?". I'm vegan. For me veganism has always bee na moral thing and even more so where I believe evolution should be leading us. I don't have to eat meat, so why do it? Why kill something to eat if I could just eat something else? I think true vegans have a mindset that leads them to veganism. I've had people make food for parties and tell me "this is vegan, but it had sour cream in it. it should be fine!". They just don't get it and im fine with that. Any alternative lifestyle will meet adversity like this. haha to the comment above me, i know what you mean. Eaating a vegetarian meal 3 times a week does not make you vegetarian. just like "im vegetarian but on thanksgiving I still eat turkey.".

I agree with you both. I run into the same thing all the time. Gets frustrating after a while. And a big part of the problem is those people who do call themselves a vegan and then at the stuff that is not. That sends a confusing message to others and then they assume everyone does it! Grr! :)

Part of this is the tendency of so many people to embrace revising and diluting definitions to suit their personal appetites and behaviors. Such as "devout Christians" who break some of the Commandments and don't truly consider what would Jesus do (such as, would Jesus support the cruelty of factory farm animal abuse? would Jesus excuse polluting natural resources God created?), but gain benefits from halo effects (from politicians to business people currying support).

Excellent points, Rob! Thank you for the feedback.