Share the World Event to Teach Kids About Compassion for Animals

As I've shared before, I help to run the Daytona Beach Vegetarian Society. We hold monthly events aimed at raising vegetarian awareness in the community. Yesterday we held a "Share the World" event for kids.

The event was a success! We had about 40 people come out, including quite a few kids, and even the photographer from a local paper to photograph the event (so we may have a picture in next week's paper).

The mission of the event was to teach kids about having compassion for animals. We showed the movie called "Share the World." The movie is put out by PETA (I'm not usually a PETA fan, but this is some good kid stuff), although their only mention is in the credits. It's a good movie for kids that is only about 28 minutes long and then has some spots where you pause for discussion. The pause areas gave us a chance to discuss animals, including things we can do make their life better, since we share the world with them (things such as being nice to them, helping them, and not eating them).

We also made sure we stocked the tables with all vegan treats that kids would love. There were vegan ice cream sandwiches, soy yogurt, Larabars, and Silk chocolate milk. We also had lots of vegan baked samples (brownies, cupcakes and cookies) from Sweetsies Specialty Bakery, which is a local vegan bakery.

We also had two full tables of literature to offer. One table was completely geared toward kids. We got lots of good stuff from PETA, such as their kid books, Animal Times, comic books, and stickers. We also had Tofurky buttons and tattoos, and some coloring books and other things from the Vegetarian Resource Group. On the adult table we a variety of brochures from the Vegetarian Resource Group and Vegan Outreach. We also had coupons and even some videos from PETA. Lots of good stuff!

The event was a success. People were interested, asked questions, took lots of literature, and enjoyed the food. Thank you to everyone who helped pull this event off, including VegFund, for paying for all the food samples, Sweetsies Specialty Bakery for the great vegan baked treats, PETA for supplying the movie and lots of literature, and the Vegetarian Resource Group and Vegan Outreach for additional literature. Also, thanks to all those who came and brought their children to learn about having compassion for animals. Hopefully we touched a lot of hearts and minds at this event and it will make a difference for the animals!

You can easily put on an event like this in your own area. All you need to do is contact the places to get the free movie, literature, and appy for a VegFund grant. It's an easy and good way to get kids involved in learning early on about having compassion for animals and making cruelty-free food choices.

Here are some pictures from the event: 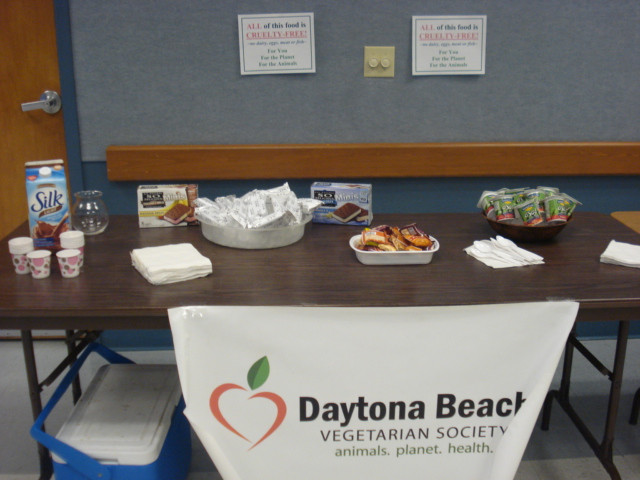 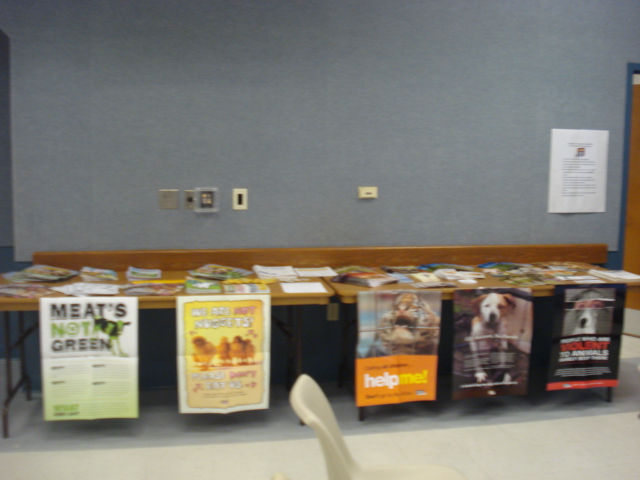 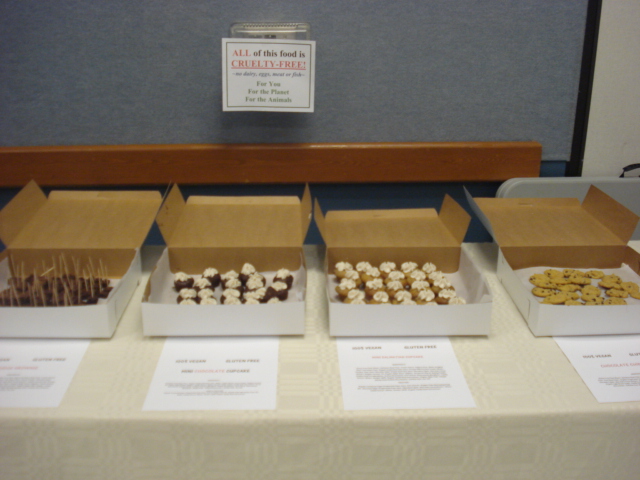 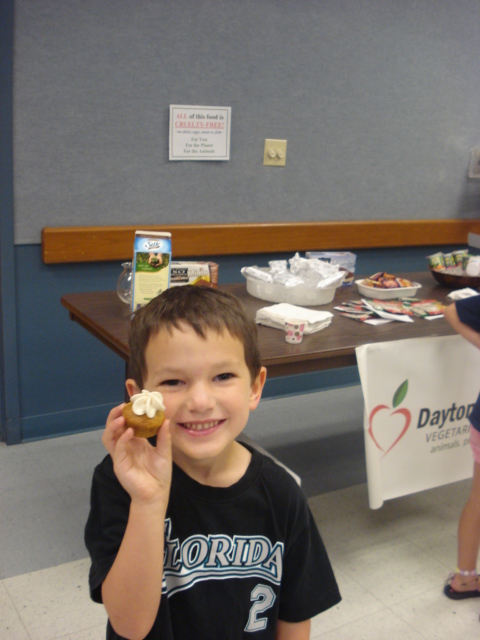 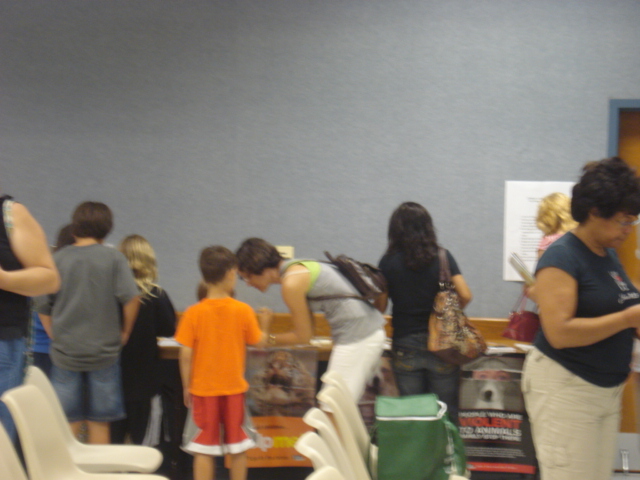 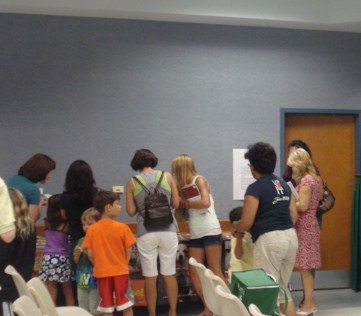 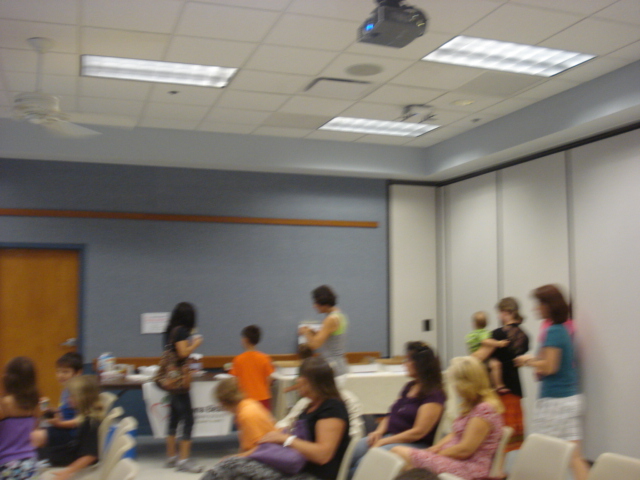