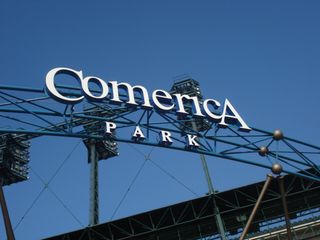 Tigers baseball game. I also did a quick search and found out that they offer quite a few vegetarian options in the food court area. So we went hungry and planned on checking out the veggie dogs and veggie Italian sausages.

The woman handed us our food and we quickly left the area. The veggie 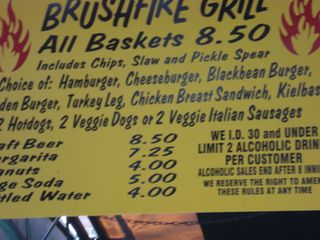 dogs were so completely dried out and absolutely burned to a crisp. Yet we didn't have enough time to go back and stand in line to complain or wait for new ones to be made. The game was about to start and we were meeting people there (who at that moment was calling my cell phone to see where we were).

The veggie dogs were nibbled at, but basically thrown out because they were so overcooked. I really believe they may have been sitting there since the day game earlier that morning. They were just awful.

The veggie Italian sausages were good and I don't have any complaints about them.

If you go and order these products, look at them before leaving the counter and ensure they are not disgusting (as ours were). If they are, request new ones be prepared. It's a shame that we spent so much money to buy something that ended up in the garbage. If Tiger Stadium staff keeps this up they will prohibit sales of veggie dogs at Comerica Park, which would be a shame.

I don't think they would have ever dared hand someone an animal hot dog in such a condition. But they felt comfortable doing it with veggie dogs. Baffling...

Two thumbs up for the veggie sausages, two thumbs way down on the 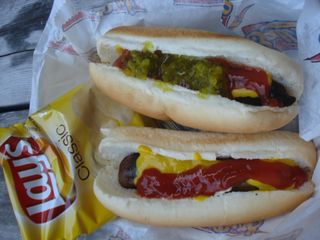 staff serving up what should have been thrown out a couple of hours prior to our order being placed.

In the end, I would order the veggie dogs and veggie sausages again, but I would make sure we had enough time to complain and wait for fresh ones to be made if they tried to hand me something burned to a crisp and as dried out as wood.