I'm a big onion fan (it's one of my favorite foods, actually), so I was 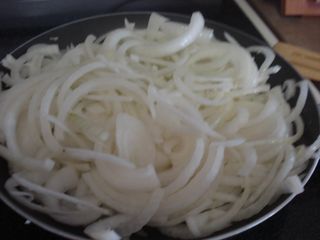 excited to try this recipe. It seemed simple enough and the picture looked great!

I got the ingredients and was a little surprised that it called for making two pies (that's a lot of food!). But I didn't want to mess with the recipe by halving it all, so I followed it and made the two pies. Wow, what an enourmous amount of onions this recipe called for!

To make a long story short... I followed this recipe completely and it did 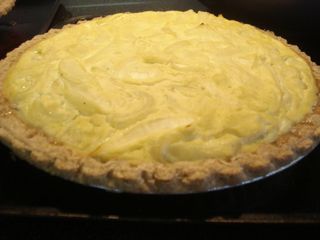 not come out at all. The onions didn't carmelize in the time suggested time frame in the book and the pie didn't firm up in the oven. I'm not sure beyond each suggested time I would have needed to keep cooking and baking the ingredients, but time was running short.

The pie didn't taste very good at all. I'm sure it was because it didn't come out right. I don't think I would try making this recipe again. I know I followed the recipe and it didn't work, so I wouldn't know where to go from here in order to make another attempt.