Promoting Animal Rights, We Do it All the Time

We often wonder what we can do to help promote animal rights. While 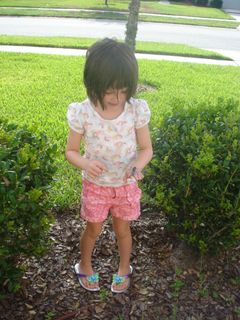 standing on the side of a road with a picket sign is one way, it is certainly not the only. We do things on a weekly and sometimes daily basis to promote veganism and animal rights, yet you just may not always be aware of it.

Just being a veg*n you are promoting the lifestyle to all those around you, even if you don't directly talk about it to them. You set the example of how to live a life that involves less animal cruelty, and others do notice.

But if you really think about it, there are things you do all week long that directly promote animal rights. Whether it's a word in passing to a grocery store clerk about a product you are looking for, or writing a letter to the editor (something I do often).

Here's just a few of the things that I did over the last week that contribute to raising awareness about animal rights:

2. Made a veggie dog for lunch for someone who had never tried one before and isn't a vegetarian. And she said it was great! I also explained to her the benefits of eating a veggie dog versus a traditional hot dog.

3. Recommended vegan mayo (Follow Your Heart brand) to someone in the store. They were interested in the vegan mayo's but had no clue where to start and were discussing what they should try and if they should try it at all. Upon my recommendation they immediately put it in their basket and happily thanked me.

4. Checked books out of the library to review for VegBooks.org. The reviews on that site will help people buy veg-friendly books for kids. And let's face it, getting through to the kids is of the utmost importance. They are the future of this movement for a kinder world.

5. Encouraged (and was inspired by) my daughter's love of all animals. 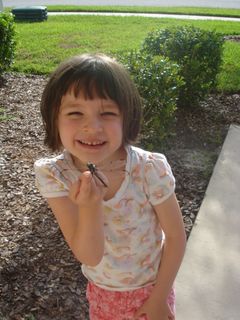 This week she played around outside observing and admiring caterpillar's, frogs, snails, and other little creatures, all of which put a huge smile on her face.

6. Explained the cruelty and unhealthy aspects of cow's milk to a friend who buys it for her family. The conversation about growth hormone came up and I siezed the opportunity to explain more about the hormones, antibiotics, and cruelty that these cows endure. I also encouraged her to watch "Food Inc."

7. Thanked Subway for putting their veggie patty back on the menu at my local store. I wrote not long ago about how they had added a vegetarian patty to the menu. Then one day I noticed that they had removed it from the menu board. They said that in two months they only sold around 30 of them and felt it wasn't worth offering it. I spoke with the women and urged her to put it back on, saying that I thought 30 is enough to keep it up there. Those are 30 people who wanted a vegetarian sub (other than the veggie delight) and it's a great option for them.

8. Wrote a guest post on healthy vegan school lunches for kids for the VeganSoapBox blog.

9. Reserved a spot to take my kids to the Humane Education of Central Florida Kids Care Workshop. I love to get my kids involved in learning more about humane education and being around animals.

10. Donated my old vegetarian/vegan magazines that I was done with to the library, where people have the chance to purchase them for a dime. While they may not want to spend a few dollars at the store to check them out, they may just put out a dime and the information can reach someone, making a difference.

Although it may seem as though you don't contribute to the animal rights movement as much as you would like to, I'm willing to bet you actually do! Think about it...what did you do over the last week?

It's important to keep in mind that every one of these things you do to help promote animal rights is needed, helps, and is just as significant as holding a protest sign. You contribute much more than you realize...

Pictured: My daughter admiring and making friends with a dragon fly that she named "green" because it had green eyes.