Vegetarian Same as Omnivore? You Decide! 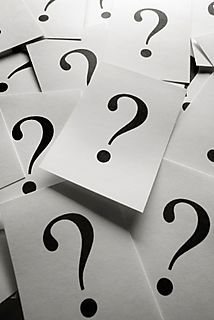 to veganism (view post). I'd much rather see someone eating a vegetarian dish than a meat dish and I believe they are causing less harm to the planet, animals and their health (especially if the vegetarian dish contains trace amounts of dairy and/or egg, yet is still not vegan).

Yet there are still many people who maintain the idea that vegetarianism is the same as being ominivore. In that case, let me propose two scenarios and you tell me which one you believe is better for the animals, planet and human health:

Which do you think is the better choice to live a compassionate life? Keep in mind that according to those who feel vegetarianism is the same as being an omnivore, both choices would be equally damaging, because neither meal is vegan.

Which scenario presents a more compassionate option? Again, neither meal is vegan. Therefore, according to those who push the idea that vegetarianism is equal to omnivorism, they would essentially say both are equal, so it doesn't matter which you choose, because your meal wasn't vegan.

I believe that any common sense thinking person would surely see that choosing the options that have trace amounts of honey, dairy and/or egg in them over the meat dishes is the better way to go for animals, the planet and human health. And if that is the case, then we cannot accept (or spread around the idea) that vegetarianism is equal to omnivorism.

The truth is, vegetarianism is a gateway to veganism. And even if someone never went fully vegan, they are still doing a world of good by opting for the vegetarian meal.

Of course we want a vegan world. But does that mean we should shun vegetarianism and tell those who go vegetarian that they are no different than an omnivore? I refer you back to my examples and I say that I think not.

I think that from a moral standpoint, there's no difference. Or, to put a finer point on it (as others have done before me), it's the difference between rape 7 days a week, or rape 1 day a week. Neither is acceptable. Both are morally unjustifiable. In that regard, vegetarianism is as untenable a moral position as omnivorism (or as I like to call it, non-veganism, since "omnivore" is a biological distinction and not an ideological one).

Is someone doing less harm when they take their current diet, and remove meat from it? Assuming they don't replace that meat with other animal products, then sure, I'd agree that they're doing less harm. But the fact is that no harm needs to be done. Any harm they do by consuming animal products is unnecessary.

I agree with you that we get nowhere by shaming people. And I know that many people have gone vegan after being vegetarian.

I think the point of the argument out there isn't that vegetarians never go vegan, it's that we shouldn't promote vegetarianism. We should always promote veganism as the moral baseline. Sure, some people will only go vegetarian after hearing a vegan message, but the chances of them eventually going vegan are that much greater if they've been exposed to a rational argument for veganism.

Do me a favor and answer my questions about the ordering options in the original post. Do you feel that it would be better for the person to order option number one in both cases? If so, then you have just proven that vegetarianism is NOT the same as omnivorism and therefore should not be touted as such.

If you really believed that vegetarianism is the same as being an omnivore you would absolutely feel that both meals are equal and because neither are completely vegan, that the person should order either equally.

However, I have a sneaking suspicion that you will feel the option number one in both cases IS a better choice (for animals, human health and the planet), despite the fact that it's not vegan (thus proving that saying being a vegetarian is the same as an omnivore is crapola).

I could say it's the better choice, but like I said, it's better in the way that raping 1 day a week (or month, or year) is better than raping 7 days a week. From a purely mathematical standpoint, it's (maybe, depending on a lot of factors) better. But that's not how we judge whether or not something is morally justifiable.

Vegetarians don't eat meat. Omnivores do. There's no arguing that those two things are different. But while vegetarianism may be better than omnivorism, that still doesn't make is the best option in our dealing with non-human animals.

I agree with you that we shouldn't, "shun vegetarianism and tell those who go vegetarian that they are no different than an omnivore." Instead, we should tell them why going vegan is the best thing they can do for themselves, the earth, and the animals.

Thank you! You just proved my point, that vegetarianism is NOT the same omnivorism (yet I keep seeing vegans tout that it is the SAME thing).

Sure, veganism is even better, there's not dispute about that. But it is ridiculous when vegans say that vegetarianism is the SAME as being an omnivore (which is the point my post is making), because we all know that it is simply NOT true. Saying that it is the type of propaganda that will turn people away from the whole idea.

Yes, veganism is the better choice, but vegetarianism is far better than omnivorism. And they are not even close to being the same thing.

But just to be clear, I don't think that people are saying there isn't a difference in a strictly literal sense. That would just be dense. It's obvious there's a difference - one eats animals, the other doesn't.

But it is indeed what people are saying, which is what prompted me to write this original post. This week I got into a conversation again with yet another vegan who said that there was no difference in being a vegetarian and being an omnivore.

I still believe there is also a moral difference as well. Especially when it comes to having a veggie burger that has a bun with trace amounts of dairy or egg in it. The person did not order an omelette or quesadilla! Given the choice, they would likely prefer a vegan bun, but we don't live in a world where all those options are always readily available.

Also, what if someone has their own chickens as pets, that roam around the yard, being treated wonderfully. Is it morally wrong that the person consume those eggs? It certainly means that the person is not vegan. And while I think the thought is still gross and wouldn't do it myself, I'm not so sure they are doing anything morally wrong.