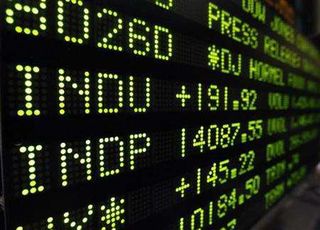 that we all detest because they serve up animals. I've written about this several times before, so it's not new information. You can see the article here.

While this article tries to make it look like they are doing a good thing by purchasing stock in the companies they are supposed to be fighting against, I don't believe they are. Here's a few reasons why:

1. You don't buy stock in a company you don't like so that you can talk to them about the company. As soon as you do that, you are part of them and just as responsible for whatever they are doing.

2. They are not seeking animal rights with these companies. They don't want the companies to stop killing and serving chickens all together, for example. Quite the opposite, they are seeking animal welfare, by asking that they be nicer to the animals. Their attitude is like "Serve up as many chickens as you like, but let them spread their wings first." This behavior will ensure that the animals will be used forever! (Read about animal rights versus animal welfare).

3. They are profiting from animal misery and cruelty. By being shareholders they are receiving dividends just like other shareholders. They are raking in cash each year as a direct result of animals being killed (nearly $1.3 million per year in dividends).

4. Going to board meetings to talk to the powers that be at fast food restaurants will never get people to stop eating animals. You have to do away with the demand for the product in the first place. These restaurants are just providing what the public wants, it's the people who keep buying like crazy that are the ones that need to be enlightened. Take care of the demand for the product and the company will cease to exist or adapt to changing attitudes (e.g., become a vegetarian restaurant).

5. This is one more way that PETA makes the organization look like a joke. They kill animals, they take money for killing animals, they degrade women, they offend the masses, etc. They go about getting the consumer's attention and opening their eyes to animal suffering in almost all the wrong ways. Their tactics lead people to have the opposite attitudes that we need when it comes to animal rights.

6. PETA's goals in sitting at the board is to get them to make changes that will lead to "happy meat" or more "humane leather" or other such products. These things are an illusion, they do not exist. If you are still mass producing animals and slaughtering them, you have not done them any justice. On the contrary, by pushing "humane" methods you have ensured that the public will feel a little better about using the animals, which means they will continue to be used forever.