Mike Tyson a Vegan? Not Really!

Last week the vegan community was all abuzz with the news that came out, where 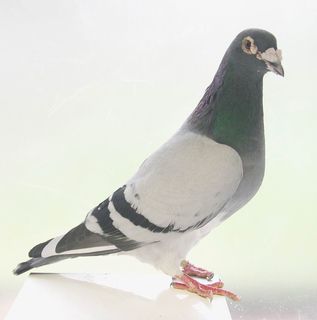 Mike Tyson now considers himself a vegan (see article here). It is interesting to me that all these vegan sites churned out the info stating that Mike Tyson was now a vegan, but they failed to mention or question what his name was in the news for in the first place.

He is in the news right now, claiming to be a vegan, because he is going to have a new Animal Planet show about racing pigeons. May I remind the world that racing pigeons is not an act of veganism?

Mike Tyson, or whoever came up with the idea, are simply brilliant marketers. Rather than just announce that he was going to have a pigeon racing show, they decided to throw in the word veganism. Why? Because in doing so it makes those who care about veganism and animal rights overlook his pigeon racing. They dodged an animal rights backlash. And it worked. Nobody seems to care that he's racing pigeons. They were distracted by the word "vegan" coming out of his mouth. But again, racing pigeons is not in keeping in line with veganism.

What next? Will someone who races horses or greyhounds, or wears fur, get a free pass from cruelty scrutiny if they at the same time announce they are vegan?

I'm not impressed by Mike Tyson claiming to vegan, because racing pigeons demonstrates to me that he is not and is using a word that he doesn't actually understand. It makes the rest of the world believe you can be a "vegan" and exploit animals. What would have impressed me is if the article said he was offered a show that consisted of racing pigeons and he turned it down because he is now a vegan and against the harming or exploitation of animals.