Response to Vegan.com and Slate.com About Eating Oysters

I just finished reading this post on Vegan.com, regarding this article on Slate.com. 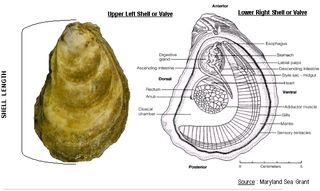 The article on Slate.com says in the title bar "Its OK for vegans to eat oysters." And Vegan.com seems to back that notion, by reading their post.

Odd enough that Vegan.com seemed to second the piece. He even goes as far as saying that the "bad guys" are the vegans who put oysters and veal on the same playing field. He ends it by saying "Life is complicated, and so is effective animal advocacy."

It's not that complicated. Some of us are against the eating of all animals and some are not. Wich are you? As for me, oysters are in the same playing field as veal. They are both animals.

Regardless of their sustainability, contribution to mankind, how much pain they feel or may not feel, or how good they may taste, animals have a life of their own and it's unethical for humans to take it from them as if they don't (especially just to crap it into the toilet the next day).

The Slate.com writer wrote this piece because he, like so many others, wants to call himself a vegan, but isn't. He wants to get more "vegans" eating oysters. That will help him feel better about doing it. He is merely justifying the eating of an animal in his post. In this case, something ridiculous was written, which takes the life of an animal, and it was touted as being worthy of considering, by.... Vegan.com, of all sites.

Wow. Is it just me? How could Vegan.com not get this? Oh, that's right, according to him, I'm just one of those "...knee-jerk vegans who come out of the woodwork spewing venom."

Did you notice that the Contact Form to the author of the Vegan.com article doesn't work? I can't even tell him/her that I completely disagree with the argument.

As for the guy on slate.com, he's definitely not a vegan anymore.

Dianne, I left feedback on the Facebook site, as well as on Slate.com. Ridiculous stuff and I can't believe that Vegan.com would make such remarks. We vegans, who care about all animals, are the "bad guys." Sheesh!

yes, vegans should be consistent on this