Confectioners Glaze, There's Something Buggy About 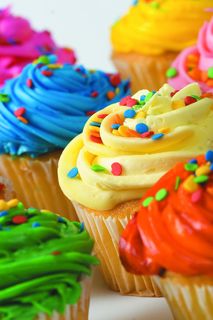 it because it had bugs, I could see that the adult didn't take her seriously. In fact, they laughed. Over the years she has told others and sometimes people have even inquired to find out more and have learned that this youngster knew what she was talking about.

Confectioners glaze, if you are not familiar with it, is not a vegetarian or vegan ingredient. Yet it is found in many seemingly vegetarian or vegan products, especially in cookies and candies. They are found in sprinkles, fancy decorating sugars, and even in many candy coatings.

With Easter just around the corner it is important to keep this ingredient in mind since it is not vegetarian and found in so many candies. Even some jelly beans that do not contain the usual offending gelatin (made from animal bones, hooves and tendons), sometimes still contain confectioners glaze, making them non-vegetarian and non-vegan.

The good news is that your kids can still have their sweets and avoid eating bugs (found in the confectioners glaze). Most health food stores, online vegan stores, and places like Whole Foods Market sell vegetarian/vegan sprinkles, decorating sugars and even vegan jelly beans. We buy the vegan versions of these things and my kids love it. And my vegetarian kids have no problem turning down something that contains confectioners glaze, because they understand that it is insects.

You can find some vegetarian and vegan jelly beans, sprinkles, etc. You may have to look for them at a health food store, but they are out there. Most of the mainstream popular brands are the ones that contain the buddy ingredients.

This type of shellac glaze is also used in other products, such as in medications and vitamins. In those products, it may be called pharmaceutical glaze. The pharmaceutical glaze is the same type of thing as confectioner's glaze and is derived from the female lac beetle. It may be labeled as confectioner's glaze, pharmaceutical glaze, resinous glaze, food grade glaze, etc. Although the resin is released by the lac beetle, where it is used to form a type of cocoon, it is all scraped off the tree branches, along with the beetles, to produce the glaze product. Thus, lac beetles are killed in the process of collecting their resin to turn it into the shellac product that is used as a glaze on many products.