Last week I reviewed Alicia Silverstone's new book called "The Kind Diet." Today for dinner I made my first recipe from the book, which was Barley Casserole. It was the first time that I have ever made barley, I'm sorry to report. My mother used to make barley soup when I was a child, but I didn't eat it (I wasn't a fan of soup in general) and grew up thinking I didn't like barley.

The recipe was easy to follow, although a little time-consuming. I used the pearled 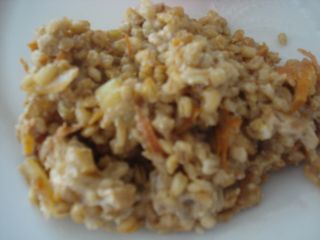 barley, but the recipe states you can use that or hulled. It was great to be able to make the tahini dressing that goes in it as well. The casserole turned out really good and I thought it tasted great! It has a very healthy and earthy taste and as it turns out, I do like barley. And what's not to like, right? It's high in fiber, iron, etc.

My husband thought the casserole was good as well and ate quite a bit. The kids tried it, but they were not impressed. It is definetly a dish I will make again. Two thumbs for the Barley Casserole! 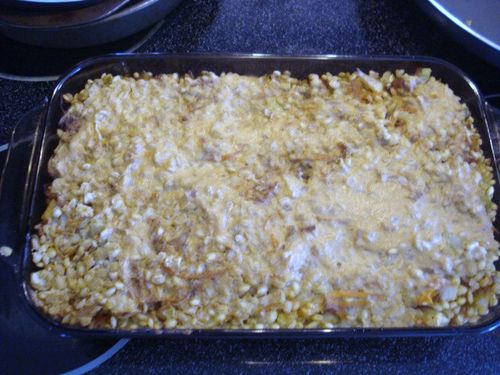 I just got this book out from the library... amazed to get it so fast! I plan to read it cover to cover and write about it on my blog, too. Glad you liked the casserole; I have never cooked with barley. I might just have to try it!