Tonight for dinner I made the "white bean and walnut patties" recipe from "1,000 Vegan Recipes" by Robin Robertson. I served them up on vegan burger buns (can't seem to find vegan whole wheat buns lately), alongside sweet potatoes (prepared in the crockpot, following the advice of "Fresh From the Vegetarian Slow Cooker," also by Robin Robertson) and vegan macaroni salad (my own recipe).

The verdict: these patties are delicious and very easy to make. I made them without the soy sauce that it called for, because I realized I was out when I went to reach for it. I also don't yet have a food processor, so I used my blender to achieve the best consistency I could. I should have a new food processor within a week.

My husband loved them and my daughter thought it was delicous dipped in ketchup (she eats the bun by itself). Two thumbs up for yet another great recipe from "1,000 Vegan Recipes." This recipe proves once again that homemade veggie burgers are far superior to store bought ones.

Here's a link to other dishes I've made so far from that book. 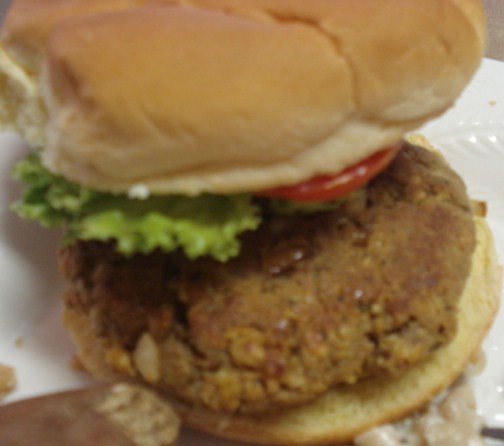 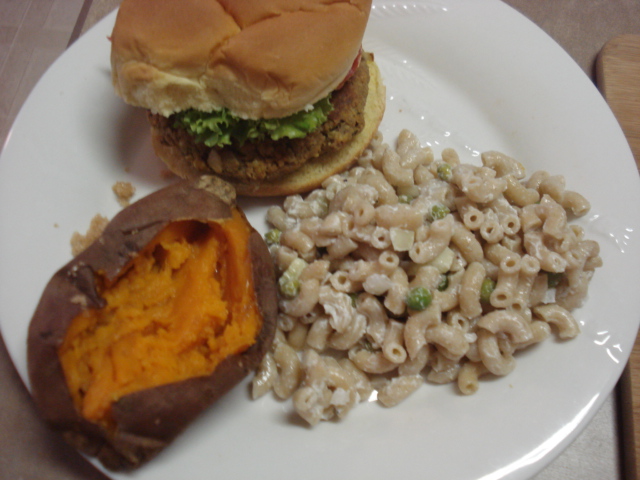 You would love them! If you lived closer, I'd make them for you all!