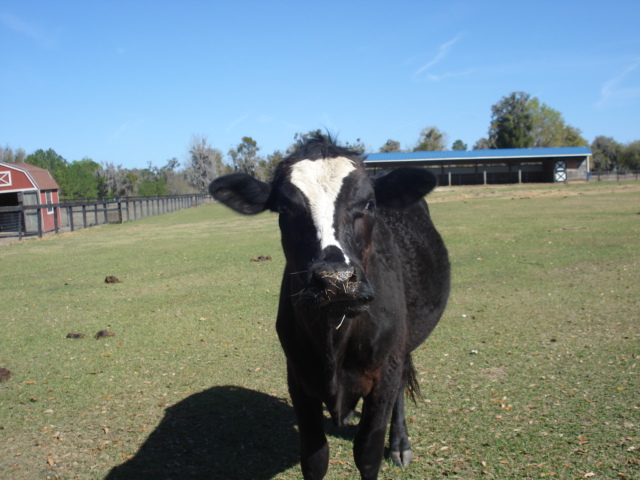 This morning I came across a news article informing readers that three percent of the U.S. population is vegetarian (from a Vegetarian Resource Group poll). Then I realized that the article was put out by Drovers, an editorial publication aimed at those in the beef industry.

After reading that piece, I went to their home page and saw additional articles that were related to animal rights and veganism. They have written a recent editorial titled "Apologize for eating meat? Never!" It is interesting to read what the beef industry is discussing in terms of animal rights and vegetarianism. They claim that vegetarianism is something being promoted only by the affluent. At the end of the article the author advises their readers, those in the beef producing industry, that:

"You must now become proactive in two ways: Review your operation’s management to be sure it meets all acceptable guidelines of approved animal care and that you have zero tolerance for animal abuse; and learn the facts about beef and livestock production so that you can refute the myths when you see or hear them, and don’t be bashful about speaking out — to the media or just to an acquaintance."

And the veg news on the topic did not stop there. They also have a recent article titled "Food Fights and Meat Matters." Upon doing a quick site search, it turns up that veganism is a topic they write about regularly. This is good news!

Not only are we vegetarians and vegans reaching consumers and opening their eyes, but we are even the topic of discussion among those in the beef industry. Why? It can't be because they feel they really want the three percent of sales they are losing to those who are vegetarian. No, it's more likely that they realize the impact that the movement is making and they fear those numbers will grow exponentially. If they weren't worried about the vegan movement they would make it a non-issue and not even discuss it.

One thing is for sure, vegans are rocking the beef-industry boat!