But what about plants, they have feelings, too? 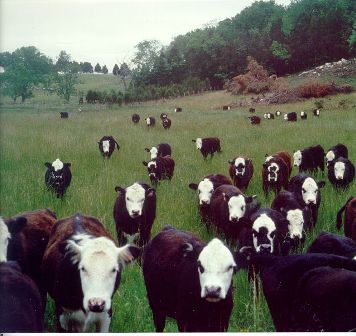 If you have been a vegetarian or vegan for any amount of time, there is no doubt that you have heard people bring up the "what about plants?" debate. You know, the one where they try to say that plants and animals are the same and if you are going to give up harming animals then you should also give up plants as well, because they feel pain, too.

Personally I find these appeals to be quite ridiculous and often simply chuckle at them. But my usual response when someone brings something like this up is to say "You are kidding, right? You seriously can't tell the differences between plants and animals?" To which they usually feel pretty dumb for even making such a ridiculous suggestion.

Bringing up the animal-plant debate is a way of dodging the real issue. People who eat animals know deep down inside that there is something wrong with it and when you bring it up they are on defense. So sometimes they try to put you back on defense with the "what about plants?" argument.

Today there was an article in the New York Times making this same suggestion. It is directed at vegetarians and vegans and suggests that we are harming plants and don't seem to care. At first I found it kind of silly that the newspaper would even dedicate space and ink to such a ridiculous piece. But then it dawned on me, articles like this make it easier for people to keep shoveling animals down their throat. People like hearing good things about the bad things they do. The newspaper editor is simply giving the masses what they want to hear.

Perhaps you should consider writing a letter to the editor, or the article author, to suggest she go back to school and take some basic science/biology courses to study plants/animals, or that she make the leap to veganism already.

If you ask me, the article author really wants to be a vegetarian. This seems to be her one last attempt at making herself feel better about eating animals, before taking the leap to our side. She's desperately (and publicly) trying to hold on to the omnivore side, yet her consious is pushing her toward vegetarianism. Hopefully she makes the leap soon or she may start writing about how we should put leashes on trees and take them for walks.