While I have owned a crockpot for probably the last 13-14 years, I only used it once in a while. Over the past couple of years, however, I have really gotten into crockpot cooking. I use it probably once a week at least, some weeks using it on several days. There are so many great vegan dishes you can make in a slow cooker!

A staple in our house has become using Robin Robertson's "Fresh From the Vegetarian Slow Cooker" cookbook. There are so many recipes in that book that I love! If you don't have a copy, it is certainly worth picking one up. It's one of my favorite vegetarian cookbooks.

I have made so many recipes from this cookbook, including the macaroni and cheese, potpies, soups, and more. But my favorite recipe is for the sloppy lentils. I have prepared this dish on several occasions when I have guests over and they have all liked it as well. It's been a big hit when I cook for non-vegetarian guests.

If you haven't tried using a slow cooker or it's been a long time since you have, it's time to pull it out, dust it off and get cooking. It's such a great feeling having the dinner preparation done by 10:00 a.m. and taking in the great aroma all day long. 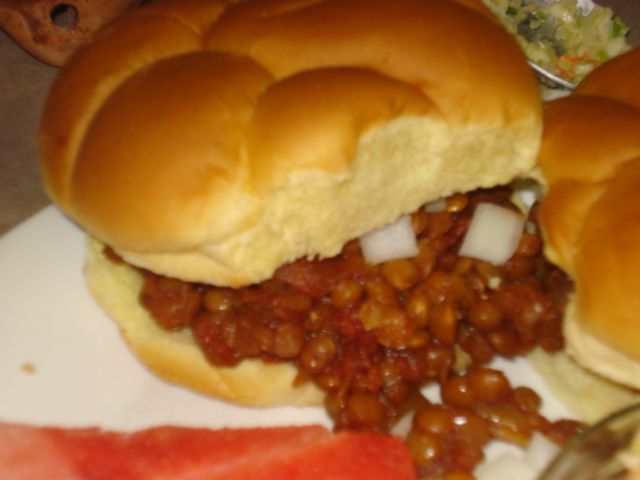 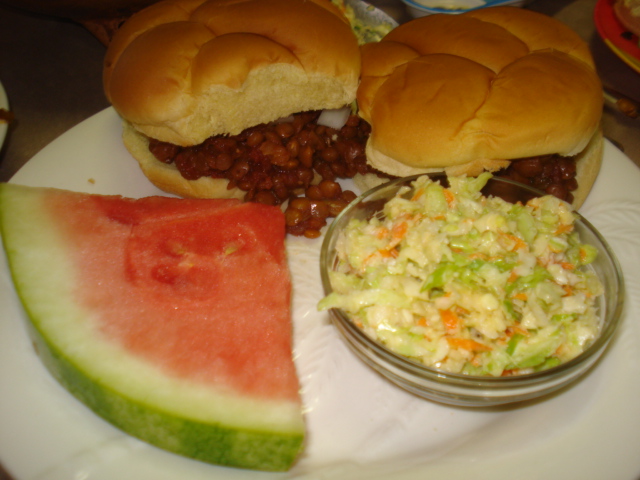 (One of my favorite meals to make: sloppy lentils in the slow cooker, vegan coleslaw and watermelon.)