Is meat safe to eat?

Ever wonder about the safety of meat? Not whether someone may choke on
the big hunks of grizzle, or the fact that is loaded with cholesterol, saturated fat, and no fiber, but if there are dangerous pathogens festering in it, just waiting to invade and destroy the human body? Well, while some find this debatable, there seems to always be some sort of contaminated meat recall in the news to support the notion that is not as safe as the meat industry would like you to believe. 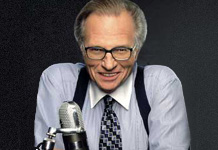 This brings me to a recent segment from Larry King Live, where he has several people on to debate the safety of meat and foodborne illnesses. One is Dr. T Colin Campbell, nutrition researcher and author of The China Study, another is Nancy Rodriguez, who is a registered dietician and professor, and Anthony Bourdain, along with several others, including the president of the American Meat Institute.

Now I don't know how familiar you are are with Anthony's traveling food show, but the man will eat just about anything. I really don't see food safety as being anywhere near a concern for him. His biography states he has 28 years of experience being in the kitchen, including as a dish washer, line cook and chef. So apparently he is an expert of sorts to speak on the safety of meat.

Anyway, I found it amusing to hear Bourdain say that the human is designed to eat meat. That's news to me, since it is contrary to everything I've learned, including studying the issue in anthropology in college.

"I think we're -- if you look at our basic design, we are designed -- our design features are we have eyes in the front of our head. We have fingernails. We have eye, teeth and long legs. We were designed from the get-go, we have evolved, so that we could chase down smaller, stupider creatures, kill them and eat them."

Check out the video. Notice the differences in opinions and how relaxed Dr. Campbell is and how irritated Rodriguez is, among other interesting things that take place.