If I had to choose one main thing that sticks with my kids when they are adults I hope it as that of compassion toward animals. I know, the first thing people wonder is why not toward other humans? Because that is a given, as far as I'm concerned. I think that for the majority of the human population it is easy and comes natural to be compassionate toward their fellow man/woman. But considering that 95 percent of the people in America eat animals, teaching children growing up in this country to have compassion for animals is a far greater challenge, and much more rewarding if successful.

My daughter turns five years old this month. I'm proud to say that she has never been to a McYouKnowWhat restaurant, or their evil counterparts. Just about the only fast food we do is Chipotle and Panera Bread. And this is in spite of being bombarded with commercials, advertising, and even other people making it seem like eating animals is a good/natural/normal thing. So to raise children in this society to be compassionate toward animals is a huge feat, although logically it should not be. And I'm not talking about being kind to cats and dogs because that's the type of pets people have. I want them to respect all animals, even the ones that people do not find to be cute, of value toward humans, or otherwise deemed worthy of caring about.

We try to incorporate teaching compassion toward animals into our daily lives. I take every moment that comes up to get them interested in the world around them, especially the other earthlings and creatures, and teach them to have respect for them. Whether it is stopping to help a turtle cross the street, snapping pictures of the bald eagles that live in the neighborhood, or stopping to view insects, we talk about how interesting they are and how they should be treated. (the kids checking out a walking stick insect)

Considering we live in an area where there is a lot of nature, we encounter creatures frequently. This past week we had a caterpillar that was in our driveway every morning when we walked outside. My daughter would say good morning to it and we'd look at it a few minutes, talk about caterpillars and butterflies, then leave it be. One morning, we needed to move it so as to not run it over. My daughter took great pleasure in being the one that helped move the "little fella" to safer ground.

Last night after we came home from a bike ride I noticed a walking stick insect in the driveway. They are so cool to look at! I called the kids over and we discussed it. While it wasn't the first time we have ever seen one, they were as excited as if it had been. 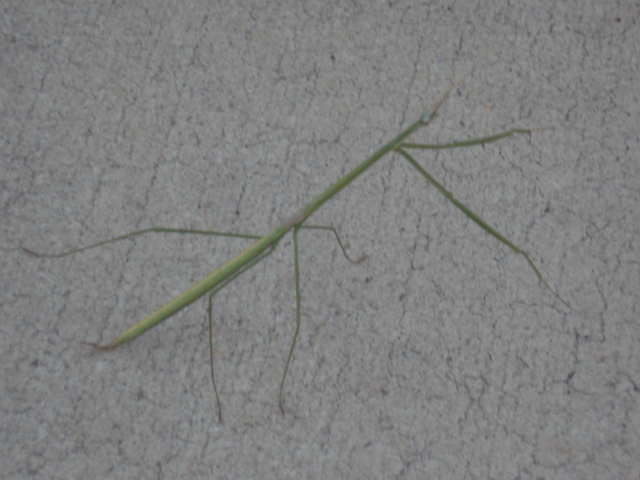 (the amazingly cool walking stick insect we were checking out)

Raising kids with compassion takes being proactive. First, I believe that you have to lead by example. Kids watch what we do. If we parents care for and respect our fellow creatures, they will learn to do the same. Next, take the time to teach them about how neat other creatures are and that they should be respected.

In the end, we are teaching our kids to respect life. Isn't that always a good thing? 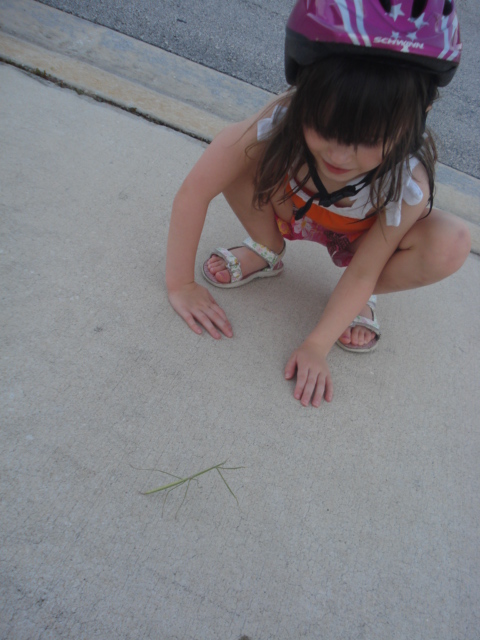